The singing, chanting, and harmonium-playing that you know and love from Shala classes is directly influenced by the teachings of Ustad Gulam Mohammed Mirashi, affectionately known as “Uncle." A rare presence in the world of Indian music, gifted as both a brilliant vocalist and harmonium player, he is also a teacher who can impart his knowledge with extreme kindness and patience. He is the seventh generation of his vocal line, drawing from the Agra gharan as well as regional influences from his native Rajasthan.

He began teaching at a tender age, and presently has more than four decades of educational experience to his credit. Rooted in classical music and yogic chants, Mr. Mirashi teaches a wide variety of traditional Indian vocal repertoire including raga, khayal, bhajan, ghazal, thumri, geeet, film songs, and folk songs. Adept at teaching beginners as well as advanced students, he can tailor a course of study to suit many levels of learners. He also teaches harmonium.

Mr. Mirashi relocated to New York City in 1996 and is now an American citizen. He teaches independently throughout the tri-state area.

“Studying with Ghulamji has affected me deeply and increased my technique profoundly. As much a mentor as a teacher, he has truly guided my development as an artist. He is a blessing in my creative life.” — Paula Jeanine, vocalist, NYC

To inquire about or book a lesson with Uncle, email info@theshala.com 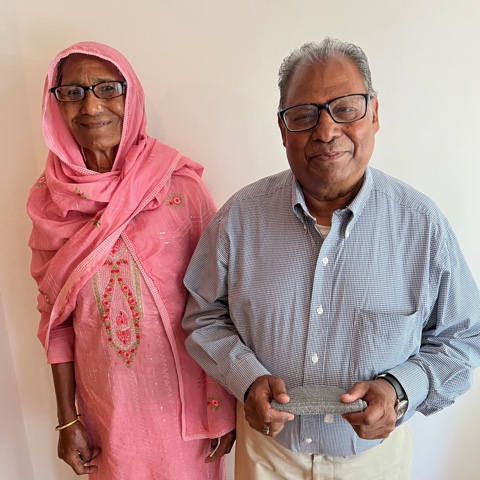