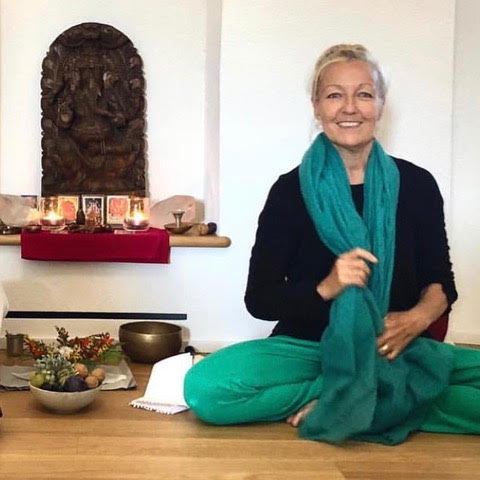 The Shala is excited and honored to welcome Jocelyne Stern to the Mysore Ashtanga program. She will be teaching Monday through Wednesday 6:15 to 8:15am in Union Square. A wealth of knowledge, wisdom and experience, Jocelyne has been practicing and teaching Ashtanga Yoga for over 30 years.

Jocelyne Stern is an Ashtanga Yoga and meditation teacher. She made her first trip to India in 1986, where she learned yoga from Rudra Gowda in Rishikesh and Swami Gitananda in Pondicherri. She was first introduced to Ashtanga Yoga by Derek Ireland and Radha, and worked with them for several years at the Practice Place, a yoga retreat center in Crete. In 1991, she made the first of many trips to Mysore to study with Pattabhi Jois and Sharath Jois. She has been teaching since 1995, when she co-founded the Patanjali Yoga Shala with her husband, Eddie. After the birth of their daughter, their yoga shala moved to Broome Street and became Ashtanga Yoga New York, and Jocelyne taught there periodically over the following 15 years. In 2015, Ashtanga Yoga New York moved to Brooklyn, where Jocelyne continued to teach and also co-created Sadhu Elixir, a healing oil. She practices Vipassana meditation and has attended many Vipassana retreats. She was given Kamala Masters's blessing to teach Metta meditation in 2015. Jocelyne teaches meditation and yoga alongside Eddie at international retreats, and works with homeless men and other at-risk communities.